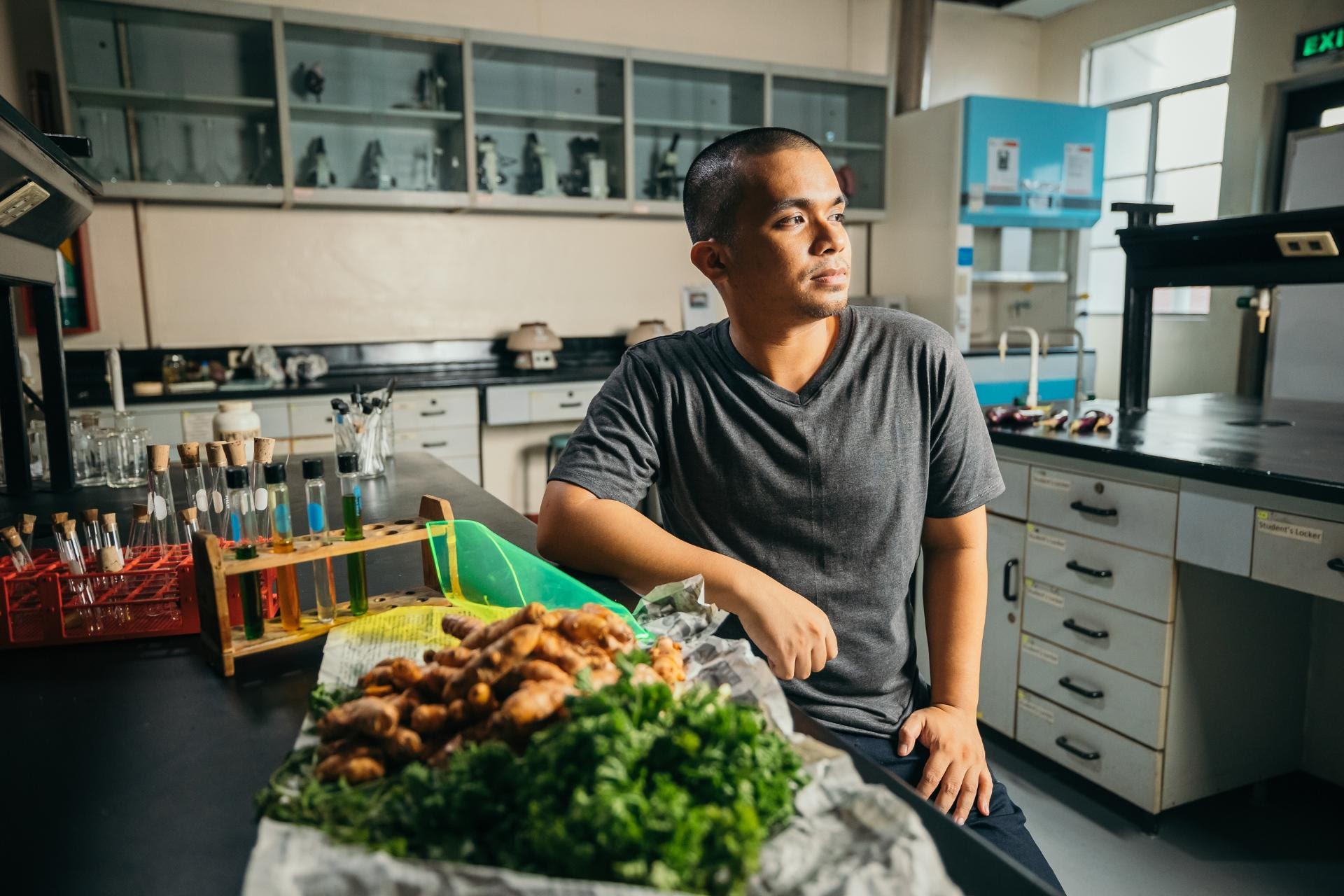 Winning the inaugural Sustainability Award of the James Dyson Award 2020, 27-year-old Carvey Ehren Maigue is the mind behind AuREUS System Technology - a new material, made from waste crop, which converts UV light into renewable energy. After discovering he won the Award, we caught up with Carvey to hear about his journey so far, the inspiration behind his invention, what lies ahead and why persistence is key. Photo: James Dyson Award

To be a college dropout or  overstaying in college are just among the common problems of the students to face the tremendous pressures from their professors to comply everything what are called scripted university curriculum or programs that students needs to comply otherwise the would be kicked-out or they would be overstayed and both grounds for them to be dismissed from the university.

Carvey Ehren Maigue is just among the one in a million student that tried to defy the pressure of just complying all the requirements from the university to graduate but instead he studied and he did what he thinks as his most interested research whatever it takes.

In every one million university graduates in the Philippines or even in the world it is rare to find a student that would insist to do his/her passion of study than just to comply and follow the instructor like a robot and just be an ordinary employee that follows the instruction what to do. The case of Carvey Ehren Maigue is just an example that the University Overstaying Policy could be wrong if the bases are just the curriculum and the university program.

Carvey Ehren Maigue, a student from Mapua University, has been named the first-ever Global Sustainability Winner at the James Dyson Award.

His invention? A new material made from rotten fruit and vegetables that converts UV light into electricity, and can be used for window panels, as well as walls.

Maigue was handpicked by founder James Dyson himself.

“As a farmer, I have always been concerned about covering fertile, food-producing, agricultural land in photovoltaic cells. Carvey’s invention demonstrates a convincing way to create clean energy on existing structures, like windows, within cities,” said Dyson.

What particularly won Dyson over was Maigue’s persistence.

“AuREUS is impressive in the way it makes sustainable use of waste crops, but I’m particularly impressed by Carvey’s resolve and determination,” said Dyson. “Having failed to make the national stage of the Award in 2018, he stuck at it and further developed his idea— this will be a very important character trait as he embarks on the long road to commercialization.”

Maigue calls the award, “one of the greatest achievements I’ve made.”

The son of a single mother, Maigue says he didn’t want to burden her with having to worry about his education.

“I told her I’ll find ways to put myself through school,” he said. To pay for his tuition fees at Mapua University, he takes on protyping projects and other jobs, and “sometimes I come close to the target amount of money, sometimes I don’t.”

He’s now 27 years old, and about two semesters away from graduating, which likely will now happen soon. The Dyson Sustainability Award comes with a cash award of £30,000 pounds, or ₱1.9 million Philippine pesos.

Maigue's invention was among 1,800 entries from young inventors and design engineers from 27 countries around the world.

His AuREUS system makes use of crop waste that absorbs stray UV light from the sun and converts it to electricity.

The system is used for windows and walls for buildings. AuREUS devices use the same technology derived from the phenomena that creates the Northern lights. High energy particles are absorbed by luminescent particles that re-remit them as visible light.

Similar types of particles derived from fruit and vegetables are suspended in a resin substrate. When hit by sunlight, the particles absorb and emit visible light along the edges. When this light is captured, it can be converted to electricity.

The criteria for the competition was straightforward: Design something that solves a problem. Maigue definitely did. Read more at Esquire 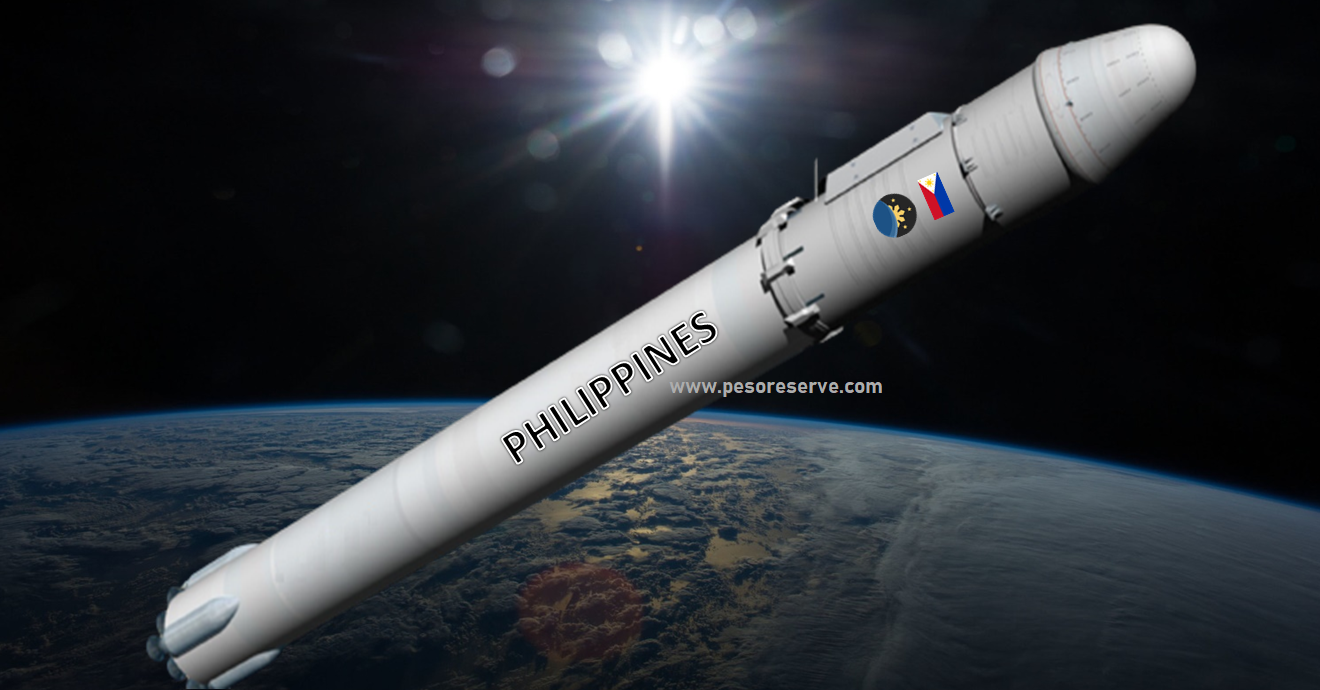 OrbitX was founded on June 2, 2019 Quezon City with vital team of researchers and engineers (mechanical engineer, aerospace engineer and chemical engineer) and an IT expert.

OrbitX is environment centered organization that focuses not just the space exploration project but also using the wastes as primary materials in developing space fuel. They use the waste and deploy the process called pyrolysis as fuel which are similar to rocket grade kerosene or RP-1. Solving two problems: sustaining earth and accessing space. Also in the research phase which is a methane fuel from algae  in partnership with Polytechnic University of the Philippines.

* Provide cheaper, greener and highly sustainable launch provider for satellites and other payloads;

OrbitX claimed that are in Technology Readiness Level 4. They were funded pre-COVID by Genix Ventures through Michael Alexander Montoya, a US citizen (release affected by the pandemic). Their partnerships and affiliations include Space4Impact and Space Impulse, the Green Party of the Philippines, Polytechnic University of the Philippines and the Department of Environment and Natural Resources. We are currently competing in China-ASEAN New Smart City Innovation and Entrepreneurship Competition.

OrbitX aimed to become the global pioneer of waste to energy for space technology, and to be able to provide technologies that will benefit both earth and space in the long run. They wanted to be a major provider of cheap, green and sustainable space access to developing countries like the Philippines while preserving the earth.

Orbital Exploration Technologies, The Philippines’ first commercial spaceflight company, is working on developing its own launch vehicles with the aim of providing green, low-cost and sustainable launches.

The startup, founded by Dexter P. Baño Jr., will create a space launch system that will be powered by renewable kerosene derived from waste plastics. It has named this proprietary fuel OrbitX RP-2, after the refined kerosene RP-1 typically used in rockets.

OrbitX RP-2 will be used to power OrbitX Haribon SLS-1, a suborbital two-stage rocket that could launch payloads of up 200kg, which the startup will develop with a targeted launch date of 2023-24. The rocket is designed to achieve 844kN of thrust, and will be 12.02 metres high.

Orbital Exploration Technologies, using its OrbitX Haribon SLS-1, hopes to conduct 6 launches a year. Each launch is projected to cost US$4.959 million, which the company says will be 13% cheaper compared to Rocket Lab’s Electron. The company has secured an initial funding of US$50,000 from angel investors.

The Philippines is trying to fast pace the development for space technology after President Duterte signed and approved the creation of the Philippine Space Agency.
END_OF_DOCUMENT_TOKEN_TO_BE_REPLACED
Older Posts Home