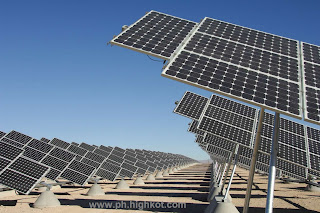 ATN, a joint venture of ATN Holdings Inc. and Transpacific Broadband Group International Inc., has proposed to sell electricity for P17.95 per kilowatthour. It would employ a total of 30 personnel when it starts commercial operation in December 2013. It is funded by 23.5 percent equity and 76.5 percent debt.

The project is under the Mandatory List of the Investment Priorities Plan and is entitled to incentives under the RE. Law or RA 9513. The firm is also registered with the Department of Energy as a new RE developer of solar energy resources.

In approving the project, however, the BoI said that once the feed-in-tariff (FIT) is in place, ATN should no longer be entitled to income tax holiday as the FIT is in itself the guaranteed return.

This decision is based on its general guidelines which provide that projects with sovereign guarantee or guaranteed rate of return are not entitled to income tax holiday.

However, the BoI Legal Department said that under the RE Act of 2008 (RE 9513), the firm is entitled to all incentives including the ITH. The law provides for a seven year ITH for RE projects. The BoI also noted a position forwarded that non-grant of ITH delivers a major impact on the proposed financial performance as the same is already considered when the proposed FIT was computed.

Given this conflicting positions, the BoI management committee has given instruction to communicate with the Department of Energy on all matters relative to the applicability/implication of FIT in the incentives granted to RE projects.

On the ATN's proposed a selling price of electricity of P17.95 per kwh, the BoI said that such rate shall still be subject to ERC approval in compliance with the feed-in-tariff rules.

The FIT system is a scheme that involves the obligation on the part of electric power industry participants to source electricity from RE generators at a guaranteed fixed price applicable for a given period of time, which shall in no case be less than 12 years, to be determined by the Energy Regulatory Commission.

Based on its application, ATN will put the plant in the 324 hectare property of ATN Holdings in Montalban, Rodriguez Rizal, which is less than 10 kilometers away from densely populated business districts in Metro Manila.

The company said that its power supply during the peak hours would contribute in the reduction in capital cost of base load generating plants that use imported coal, and save the country's foreign exchange capital and operating costs for power generating units.

ATN is targeting to serve Metro Manila, particularly the peak demand of mall in the high growth business districts in Quezon City.

It can also sell electricity directly to end users under the Wholesale Electricity Sport Market (WESM) set-up. It may also negotiate with the National Power Corp. as primary off-take customers that will distribute power through the Transco.

The company claimed that its 30-mw solar project is equivalent to 60 million kilowatthours of clean energy.(BCM)