Holy Land: No Visa required for Both-Israel Seeks Direct Flights to the Philippines 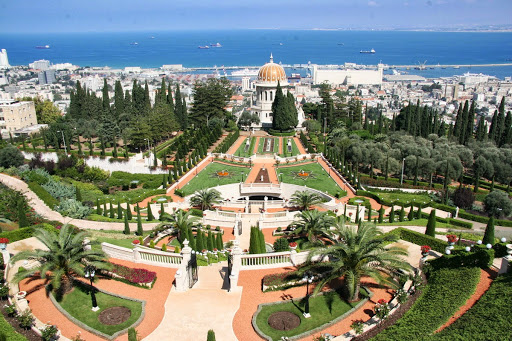 The Israel governments seeking to establish direct flights to Manila in an effort to increase exchanges between the two countries particularly in trade and tourism.

According to Israeli diplomats, aviation officials from both countries are at an advanced stage of negotiations in their efforts to make revisions to an outdated sixty year old air services agreement. The plan is to establish direct flights between the two countries.

Israeli Ambassador Menashe Bar-On said that once all of the small details have been ironed out, the delegations from each country will meet to a sign a new up-to-date air services agreement. "We are updating the current agreement which is 60 years old," said Bar-On. "We're updating the requirements for aviation and international regulations. Once it is finished, it will pave the way for airlines to make new business."

A direct link would enhance the level of exchange between the two countries particularly in the area of tourism as citizens of Israel and the Philippines are able to enter each country without a visa. According to Chaim Choshen, the top Israeli diplomat for Southeast Asia, the potential for exchange between the two countries is huge. "I think there is huge potential because Israel is the Holy Land, and most of the population of the Philippines are Christians and Catholics," said Choshen. "I think the Holy Land means something to most Filipinos. I think almost every Filipino has a dream to visit the Holy Land."

However, Filipinos aren't the only citizens expected to book flights. The Philippines could prove to be an attractive destination for Israeli tourists. Thailand has seen much success receiving nearly 200,000 Israeli tourists annually aboard twice-daily direct flights between the two countries. But Israeli tourists wishing to head to the Philippines must currently connect in Hong Kong or Bangkok.

"I think the Philippines can be very attractive to young Israelis. A lot of Israelis are touring Asia and are looking for cheaper destinations," said Choshen. "It's a beautiful country with beaches. You have a lot to offer and Manila has many restaurants."

If young Israeli's are indeed looking for cheaper destinations, then Cebu Pacific would be an ideal carrier to launch the route. But Israel is interested in inviting Philippine Airlines to fly directly to its cities following the European Union's decision to permit the airline once again into European air space. "I think these are very meaningful developments that we recognize are very promising," Choshen said.

Current statistics indicate that more Filipinos are travelling to Israel than Israelis coming to the Philippines. Last year, 13,450 Filipinos visited the Holy Land while only 5,895 Israelis came to the Philippines. But improved flight connections and increased tourism promotion in the Israeli market could be lucrative as the Philippines seeks to steal the 200,000 Israeli tourists currently headed to Thailand.