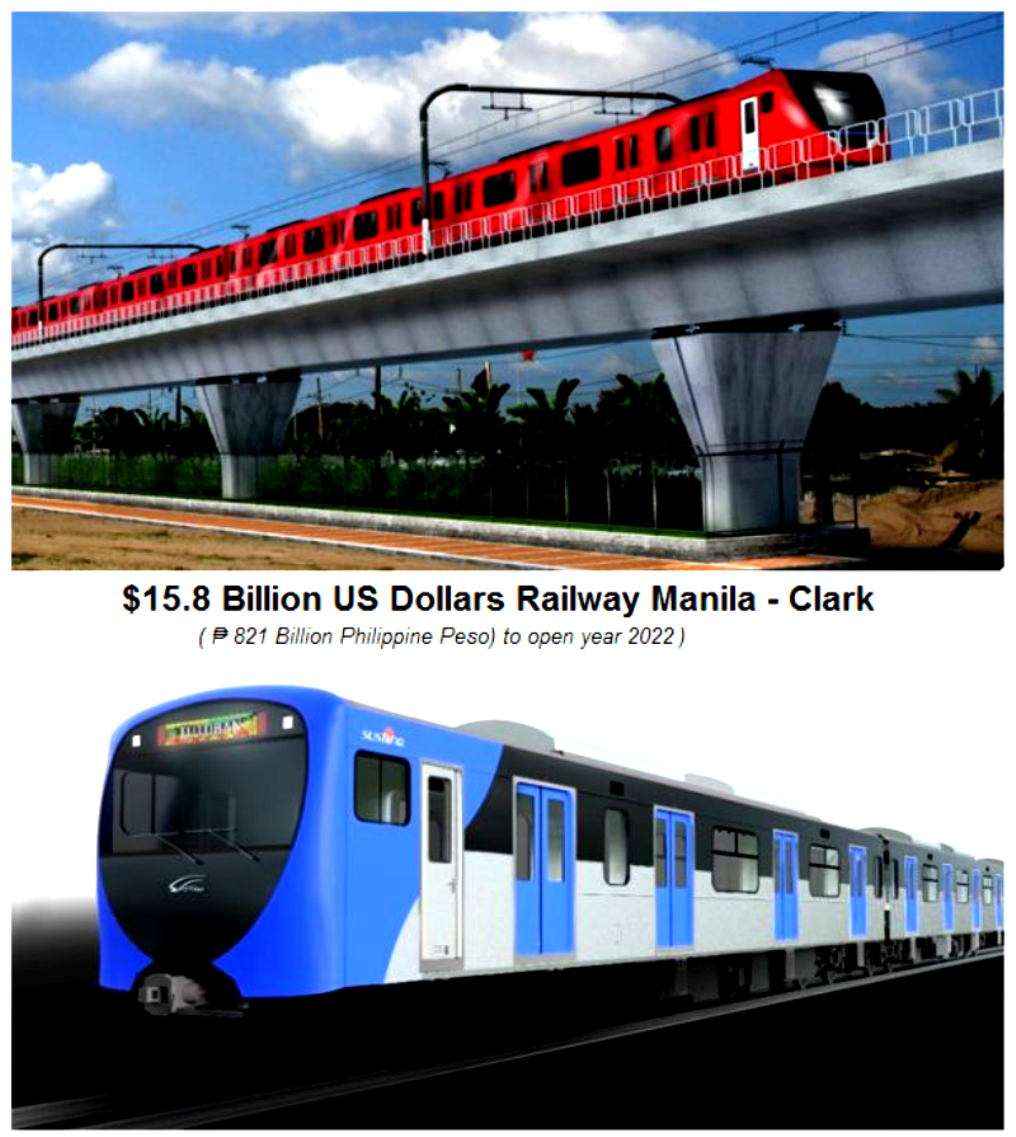 The contracts, designated packages 2 and 3, cover a total of 28 km of viaduct and six stations in the northern province of Pampanga, and have a combined value of ₱56.47 billion Php ($1.17 billion US Dollars ).

Package 2, worth ₱ 33.7 illion Php, was awarded to a joint venture of Acciona Construction Philippines and Daelim Industrial, and covers the construction of 16km of viaduct and stations in Minalin, Santo Tomas and San Fernando.

Package 3, worth ₱22.77 billion Php, was awarded to Italian-Thai Development, and covers the construction of 12km of viaduct and stations in San Fernando, Angeles and Mabalacat.

The contracts are the last two of five packages for the section. Package 1 was awarded to a Hyundai-led consortium on September 18, and Packages 4 and 5 were awarded on August 1. Package 4 was awarded to a partnership of EEI and Acciona, and 5 to Posco, Korea.

Construction on the Malolos – Clark line is scheduled to begin in November, with the section currently expected to begin partial operation in 2022. When completed, the new railway will connect Malolos, Bulacan, to Clark International Airport in Mabalacat, offering end-to-end journey times of 30-35 minutes, compared with journey of 1h 30min.

The section is part of the larger 148km NSCR project, which is expected to cost around ₱777.55 billion, and is co-financed by the Asian Development Bank (ADB) and the Japanese International Cooperation Agency (Jica).

$573 million US Dollars contract to construct a section of the Malolos – Clark Railway project was ararded to a Hyundai-led consortium.

The Package 1 contract, which was awarded on September 18, covers the construction of 17km of viaduct northwest of Manila, and two elevated stations in Calumpit and Apalit.

The contract is part of the planned 53km Malolos – Clark Railway, which will connect Malolos, a city north of Manila, with Clark International Airport and economic zone.

Package 1 follows the awarding of contracts for Package 4 to a partnership of EEI and Acciona Construction Philippines, and Package 5 to Posco, Korea. The contracts cover the construction of 6.3km of main line and 1.6km of depot access line, as well as Clark airport station, a depot at Mabalacat, an operations control centre (OCC) and other buildings.

Contracts for two packages have yet to be awarded. These are:

* Package 2, which covers construction of 16km including San Fernando station, and

* Package 3, which covers 12km of line including Angeles station.

Malolos – Clark is the second of three phases in the country’s broader 148km North-South Commuter Railway (NSCR) project, which will run between New Clark City, Pampanga, and Calambra, Laguna and cost around ₱777.55 billion ($15.8 billion US Dollars) when completed.

The NSCR is currently scheduled for completion is 2025, and is intended to reduce congestion across the Manila metropolitan area.

The project is partially funded through financial support from the Asian Development Bank (ADB) and the Japanese International Cooperation Agency (Jica). Read more from Rail journal page 1 and two